CARGO-200. EXPERIMENTAL PROJECTIONS ON THE SURFACE 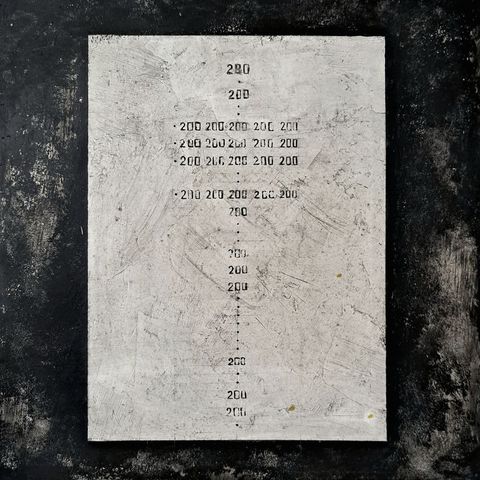 «CARGO-200. EXPERIMENTAL PROJECTIONS ON THE SURFACE»: an exhibition by Sofiia Yesakova -, accompanied by a musical concert of goosebumps-giving Kebu & Saymory.

Text of the organizers:

Sofiia Yesakova is a ukrainian, multi-disciplinary artist based in Berlin. She uses the language of minimalism, but I also focus on expressing thoughts and emotions, reflecting and conveying the atmosphere, that is, what minimalism has tried to deny and possibly suppress. For me, the balance between emotionality and rationality is important (the direction that prefers the mind to the senses in cognition, turns away from sensory reality).Now works a lot with gesso.
Site: https://sophiaesakova.com/

We warmly invite you to enjoy the art and drinks, establish new contacts and have meaningful conversations, dive into atmospheric music and meet the residents, partners and guest of the Ukrainian Cultural Community. All at once on this very Saturday in the walls of UCC, at Leibnizstraße 57!

We look forward seeing you! CARGO-200. EXPERIMENTAL PROJECTIONS ON THE SURFACE.
Cargo 200 is a term in military jargon. A military designation for transporting home the dead bodies from war. To transport the corpse of the deceased placed in a special box, most often made of zinc.
Sophia used a method of objectifying her subjective experience of war, such as the deaths of fellow citizens and soldiers, by intuitively recreating it through an experimental projection on main idea of the project is to sanctify the problem of the feeling of war, which is that the human consciousness cannot imagine other consciousnesses of dying soldiers. And in time we see only the Habitual field of special effects. However we do not know who were the men who sat in the trenches and were shelled by artiller. We do not know who they were, how they lived, from where and from what life they were pulled by the sudden war, what they thought about it, how they experienced it, how they felt, how they felt about themselves and their possible death, about their cruel ordeal as «cannon fodder”.
Western rationalism operates like a myth: We always do our best to ignore catastrophe. We cannot and do not want to see violence as it is. The only way for us to provide a decent response to the challenge of terrorism is to radically change the very principle of our thinking. But the clearer it becomes about what is really going on, the greater is our refusal to aknowledge it.
MITEC provides authors with a platform for free expression, but reserves the right to not share their views.