NOT KETAMINE BUT COTTON CANDY 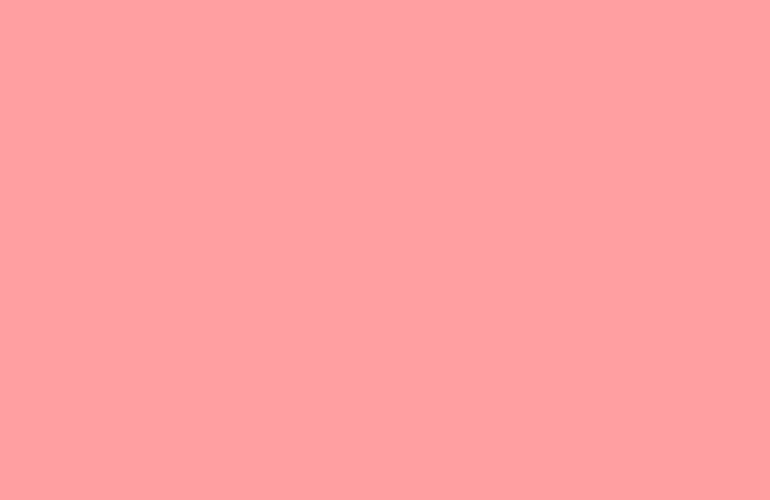 Illia Romanenko (Kyiv) about his project.

I have been monitoring social networks for about a year: content consumption, self-presentation in social media, activism, and public opinion shaping. I am interested in mass culture, subcultures, the Internet, and global entertainment in 2K20. I find a clear, readable image of my reflections while working on a project #not_ketamine_but_cotton_candy.

In the work #not_ketamine_but_cotton_candy, I appropriate the content of Instagram accounts that represent popular culture. I use the videos of civil disorders as the flip side of global entertainment and mixed industrial techno tracks by Samuel Savenberg, a media artist from Switzerland as musical accompaniment. Collaboration with Samuel is an important part of the work. It demonstrates the globalization and the universalization of communication. Borders are blurred, the language is universal. We can reach almost anyone with the help of our Instagram profile.

Cotton candy is one of the most recognizable images of popular culture. It is an iconic element of the global entertainment industry and kitsch, like Warhol’s balloons and Koons’ poodles.

Videos of street clashes in the USA, United Kingdom, France represent the opposite element of the global entertainment flow. With the help of social media, the street guerrilla is aestheticized and becomes an entertainment. Something chaotic, murderous, disordered, and dangerous becomes the subject of universal content consumerism and entertainment. The messages about the street clashes are read on a par with the aesthetics of fashion blogging. At the peak of the BLM movement, thousands of teenagers repost on TikTok videos of arsons, lootings, fights on Childish Gambino’s ‘This is America’ song. Many social media users start supporting the BLM movement due to the trend but not a political identity. The same thing goes for protest actions: they support it because they saw the repost of campaign materials in their friends’ stories. In the global social #media ecosystem, anything can become a trend. With the help of cotton candy, public opinion is shaping.

I work with modern #industrial_techno music, recognizing another component of 2k20 mass culture — raves. Forty years ago, techno parties were underground, alternative culture, and a haven for #subcultures. Now, #rave is the same element of global entertainment and consumerism, like a Ferris wheel in an amusement park. The same audience languishes in lines at Berlin’s Berghain on Saturday night and the checkout in McDonald’s. It is another example of the subculture transformation, the conversion of the underground into #pop, and the migration of phenomena and concepts. Anything that falls into the cotton candy machine becomes cotton candy. Ketamine in the title is a reference to the cult element of the techno underground of the past. It is an element of a scene, a cultural attribute that has also been transformed into #kitsch.

I’m witnessing a shortage of new, inextricable cyclical nature in the context of subcultures and their attributes. In my opinion, cyclical nature is particularly severe in the rave culture, which is still described by its representatives as underground and futurism but has long been more of an anachronism and an element of global entertainment.

In my opinion, a new alternative already exists but is not yet recognized as such. It includes social media presence and using #not_ketamine_but_cotton_candy. Content consumption and the need for self-presentation. The social media ecosystem is a new scene that brings everything together: politics, activism, fashion, art, sex, advertising, and all kinds of entertainment and distraction. It is a hot spot, like the climate in Timothy Morton’s works.

It is where a completely new form of addiction emerges — #content_addiction. The new cult drugs are information, simplicity of content production, and freedom of access to the audience. We are either in a stream of self-presentation or consumption of self-presentation. We are either competing to create a #human_brand, or watching others compete. Either we are fighting for a new currency in the form of likes/shares/followers or watching others do it. It is a new sport and new global ketamine: an alternative that has no age restrictions, cash value, or subcultural preferences, an addiction that can be converted into your brand. Bloggers, actors, artists are future presidents.

Social media is an open and evolving archive of visual and auditory content — an endless source of appropriation. In # 2k20, you don’t need to produce images: #repost becomes art, appropriation becomes a  technique for production and self-expression. Each social media user is a curator with their own tribune for self-expression and content display. Everyone can relay narratives in the global stream within the context of their gallery — profile. Everyone can create an unlimited number of mediums and messages from an unlimited number of publications, authors, and profiles.

Art does not need physical space, as the Covid-19 pandemic lockdown proves. White cubes may cease to exist overnight, and the classic form of art presentation will require a reformation: new ways of demonstrating and communicating with the viewer, packaging of statements in virtual forms. These technologies are already in the public domain, though at their source. For example, Mozilla Hubs allows you to create a 3D virtual space for displaying images, video, and audio works. The users themselves can create the design of the space — from a classic white cube to a cinema hall or an abandoned construction site. It gives freedom and independence, in contrast to physical exhibition space, which is static and limited when it comes to possibilities of transformation.

If authors can create a platform for self-expression and gather a target audience, do their works require legitimation through cultural institutions? In my opinion, #2k20 is a time of reformation, interaction system renewal, and shift in values. The bureaucratic, commercialized, often speculative communication mechanism between the artist, institutions, and nomenclature should be replaced by a democratic mechanism.

Fiscal relationships built on an institutions’ hierarchy will be deemed unnecessary since the artists will no longer need institutional recognition. Perhaps this is a democratization professor Joseph Beuys meant when he was accepting students to the Düsseldorf Academy of Art, without an entrance exam. The youngest of his students, Elias Maria Reti, was 15 years old. In total, 400 students studied in Beuys’ workshop.

Legitimation through institutions is supposed to lead the author up out of the periphery. But the gist is that the periphery no longer exists. Everything that falls into the cotton candy machine becomes cotton candy. With some efforts in the social media field, a primitive artist from the provinces can become a trend and set trends. A cotton candy machine does not care about background, education, and social connections.

Social media gives the artist autonomy: independence from the gallery owner, curator, publisher, and critic. The cotton candy machine winnows the nomenclature and leaves the author alone with the audience. The concept of Personal brand where everyone is the media, the business project, and the art object at the same time, questions the sustainability and necessity of traditional institutions. Why break into a white cube with editorial policy, hierarchy, and censorship, integrate into the alien system of values, when you can create a personal brand that will relay the meanings, and belong only to the author?

In defense of institutional recognition, it can be said that it gives the authors material privileges introducing into the circle of collectors, patrons, and all types of cultural workers. Social media can also provide the authors with material independence. Facebook is already implementing a donation system for creators. Having a vast audience, a content creator, whether an artist or not, can have sufficient external financial flows without entering into the traditional author-institution-etc relationship. For example, the Bandcamp platform allows sound artists to set prices for their albums and sell them without the backing of a label. The Patreon system provides an option to receive fundings for anyone: artists, activists, fitness models…

It is particularly visible now when the boundaries between digital and physical/material reality are blurred — the emergence of transreality. The digital face is just as important as the face reflected in the mirror. In my view, it is particularly the case in the fashion industry: the example is the so-called digital-fashion trend. Fashion designers as Carlings project virtual clothing, 3D models which allows users to dress a virtual avatar.

Social networks in 2k20 demonstrate the model of a progressive society. An individual is autonomous. Fiscal, bureaucratized, discriminatory models have been abolished. The concepts of age, social connection, origin, institutional education are irrelevant. In the context of public opinion, a 19-year-old blogger is more influential than a politician.