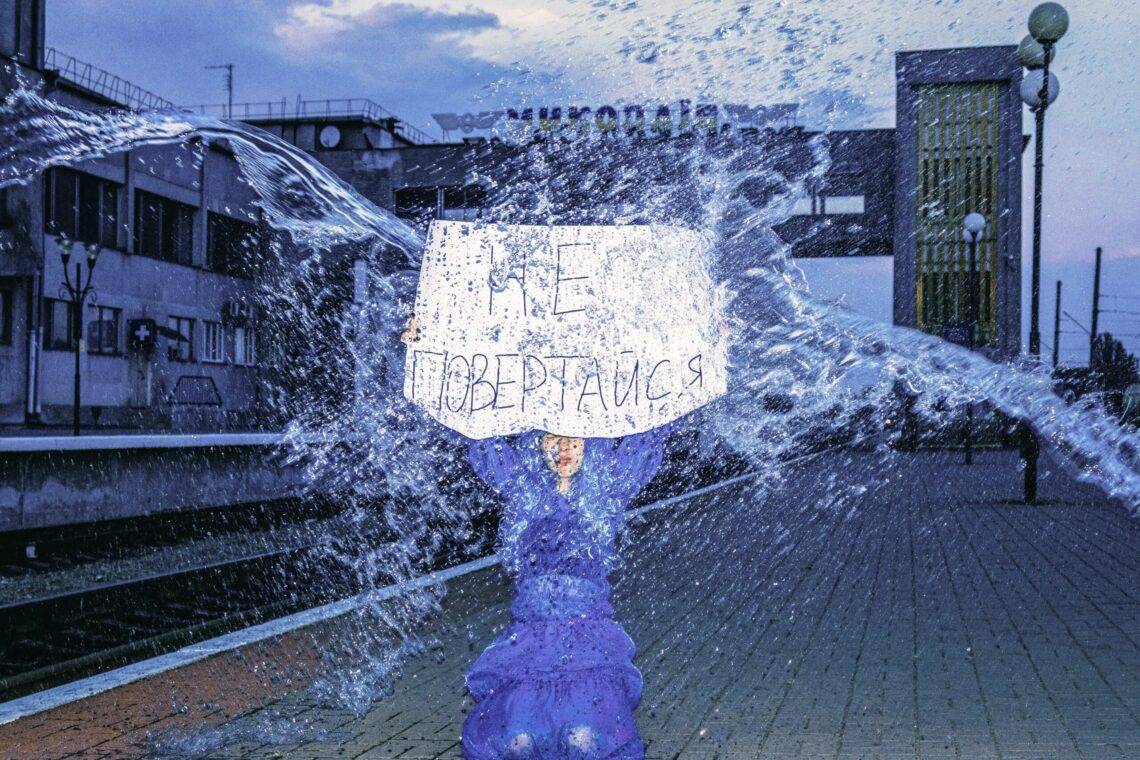 This project is dedicated to Mykolaiv, youth in it and memory of it. This is a kind of dialogue between two artists: about the past and future of the city, about the significant places in it for us, as well as about our feeling in Mykolayiv at different stages of our lives.

The essence of our study is unusual. Mitya Fenechkin illustrates the places connected with his youth, warm memories of the Nikolaev past. And then I come there — and I add a drop of skepticism and absurdity to this vision. Two artists, two spatio-temporal dimensions, two aesthetics.

Mitya: «I lived in Mykolayiv for 12 years, from 2000 to 2012. And this city has forever left important and sacred places for me, which I am painting as part of this project.

Any text I try to add to the illustrations can be like nostalgic swings of the waves of memory. But this is not the case.

I am not nostalgic, it is a destructive feeling. In drawings I simply try to define a significant place for a certain period of life in Mykolaiv — and to fix it».

Kyrylo: «Don’t come back!» The only thing I can tell to those who leave Nikolaev in search of the best opportunity for self-realization.

In Mykolaiv it is not accepted to say openly that the city is depressed. Only as about the deceased: good or nothing but the truth.

Without you Nikolaev loses a lot, but he doesn’t deserve you».

Our journey begins at the Mykolaiv railway station. Second place — a fountain, near the Main Department of the State Geocadastre in the Mykolaiv region.

Mitya: “And here is the second place — a fountain. In general, this is usually not a fountain, but a vague concrete structure near the State Geocadastre. And on this construction it was very convenient to sit in a crowd of ten or fifteen people, sing to guitar and drink «Golden Autumn». That was my first party, my first company. Every night I went to the fountain, knowing for sure that someone was already there, or someone would be there soon. It has always been so. And it was fun for a few years». Kyrylo: «Freestyle tower and Camp field in Mykolaiv. For me, these places are crumbs of the closed system in which I exist and against which I protest. However, they have no special, sacred significance.

Sometimes they are fragments of the memory of youth. Sometimes — the feeling of stopping time in the present. But walking on them, I do not become better than my current self. They do not carry such power.

So I walk on this earth carefully and carefree at the same time. And mentally, I wish everyone who leaves here not to return.

Farewell — and meet in other, better places!» Kyrylo: «The Ingul Bridge is a conductor between the worlds. He first invites you to step on yourself, and then forces you to trample himself, forces you to disappear and then find yourself again. This continues until you make a choice: to stay or not.

Sometimes the Ingul Bridge stops time and allows you to travel the world of memories. It has a powerful force of gravity — and sometimes attracts amazing and long-forgotten phantoms to you.

However, such games of the bridge with you do not last forever. And sooner or later you will have to make a choice: to stay or not». Kyrylo: «My student youth was spent in another university. I remember those years well: absolute lack of money and complete freedom. And at the same time emptiness: due to misunderstanding of the future and fear of it.

I remember these years from time to time. And when I remember them, I am overwhelmed with sadness. However, it is white, not black.

I did not have much time in this life. That’s why I’ve been in a hurry lately and I’m trying to make up for it. It’s as if I’m in a hurry and afraid to be late».